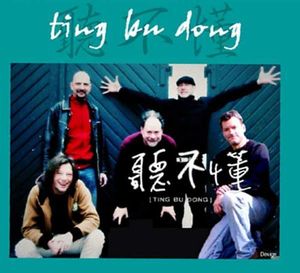 The musicians all share a special interest in Taiwan and Chinese culture in general. Rea, Wiedersheim, and Vath lived in Tainan in the early 90s, where they performed original music in various bands. In 1991, Rea and Vath toured Mainland China with their band Identity Crisis, performing with Cui Jian and other key figures in the emerging Beijing rock music scene.

In 2005, Rea, Vath, Klomp, former Lemming Dynasty/future Iron Kim Style bassist Ryan Berg, and Seattle violinist Karl Scheer brought their musical projects Jetlegrs and Chekov to Taiwan for a tour that included appearances at Tainan’s May Jam Festival (with guitarist Axel Schunn) and the Living Room in Taipei. In 2007 Rea, Wiedersheim, and Klomp convened in Vath's native Munich to record and perform several of Rea's tunes.

The band did a 10-date tour of Taiwan in April 2008 that included several sets by the reunited Identity Crisis with drummer Tom Vest and keyboardist Bryce Whitwam. In October 2009, the band reconvened in Seattle (minus Wiedersheim and with the addition of Seattle reed player James DeJoie and German guitarist Phil Rosplesch) for a live performance and a live-in-studio recording that was broadcast worldwide by Seattle's famed KEXP Radio.